Strive: verb. to contend in opposition, battle, or any conflict; to struggle vigorously, as in opposition or resistance.

My observation at age 19, was that life was hard. I was trying to get my life on the upswing however, turning life from upside down to right side up can be a lot of work...(especially if you're not even sure which way is up). From wisdom of people much smarter than me, I learned that humans are all moving at different energetic speeds...and that difference of pace, can pave way for a lot of misunderstandings. On my crash coarse towards self-discovery and uncovering the perplexities of the ups and downs that life can bring, I found my world going in for another loop around the roller coaster...and I did not know how to get off the ride.

I had "stolen" a large, canvas painting from my dads house, one that I had painted. Without permission, and without him knowing, I brought it to my moms after finding it buried in the one place I had asked him NOT to put it. The garage. Apparently his new wife at the time didn't want it anywhere inside the house, much less a wall to be hung on.

Two weeks later when my dad found it missing and demanded that I return it, I simply told him "no." This put him into a rage fairly quickly and a few minutes later, to my dismay, told me I was no longer his daughter.  In my defiance, I said "fine" and we hung up the phone. I thought I might never speak to him again.

I knew that my "crime" didn't warrant the punishment I was receiving, but I certainly wasn't going to return my painting either. Not knowing how to repair the situation, I did what any normal human would do. Nothing. A year passed...and I never heard from him.
No calls, no emails.
Then finally, after almost two years of not speaking, I was done with this whole "pretend the other person doesn't exist" thing. I was simply the one who was going to have to make the move. More than that, I wanted to know that if he ever died, at least I had given it my all.

My heart pounded when I drove to his house that day. I thought it might burst right out of my chest. I had so many scenarios playing out in my head I was shaking with fear. What will he do? Will he slam the door in my face? Will he still be so angry with me that he will hurt me? Should I just not do this at all? I thought to myself at least 30 times that I should just turn around and not go through with it...but I kept driving until my car landed in his driveway.
With shaking and sweaty hands, I walked all the way up to his door and knocked...but when the door opened, we were both met with surprise. My dad in shock, just stared at me for what seemed like an eternity--but in reality was only a few seconds. Then, to my astonishment, a smile crept onto his face and he opened his arms and he hugged me.

We made amends that day...never truly conceding to the other person in our dispute, but simply letting it become water under the bridge. Little did I know that my reason for continuing a relationship with my dad, was well-founded. I wasn't going to be able to have much more time with him. And even though our relationship floated on the surface of substance, a lesson I learned that day was that in the end, we will only ever regret a few things, such as the chances we didn't take, the choices we did or did not take action with, and the decisions that took us too long to carry out.

And although good relationships take an equal amount of effort from both people, you can't expect a great result if you haven't made much of an effort yourself to begin with. 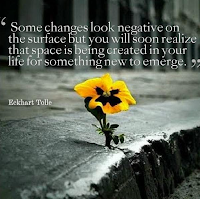 I had much still to learn about the magical healing power of perspective...but I had begun to learn about personal choice and effort. There was ample room for me to grow and strive towards becoming a better person. Truth is, I needed to be a better person, because I was over this whole "why does life hurt so much?" experience. The tears were simply becoming too painful. And if I had to struggle and fight the whole way, to fully release love and healing into my life....then....I was in....even if it killed me.

And what I would soon learn is that when we strive to become better than we are, everything around us becomes better too.

Posted by Unknown at 9:28 PM No comments:

After barely making it out of my junior year of high school, I attended three different schools my senior year, the last semester being the foundation I needed to embark on a new journey.  I gained some weight back (mostly because I ate at McDonalds everyday trying to win the Monopoly game), made some new friends, joined the swim team and then graduated high school with a 3.75 GPA.
Yay me!
As almost all of my friends were applying to colleges, I was fairly done with the whole school thing. This isn't to say that I don't highly value education, because I do...and I will talk about that more in later posts. So, with college not on my agenda, high school behind me and a whole world in front of me, I packed my bags and moved to Venezuela.

Now, if you're wondering why I chose a random country like Venezuela to be my home for my first year out of high school---you would be one of many. Here's the short version: I needed to speak Spanish. And I mean fluently. Over half of my family speaks Spanish--not English... and just because one has Hispanic ethnicity, doesn't mean that you automatically speak Spanish growing up in America. Outside of "buenos dias" "gracias" and the ABC's...I was far from fluent. And while I have hundreds of relatives living in Colombia, at the time, Colombia was considered to be the second most dangerous country to visit...so naturally, I chose Venezuela as the next best place!

Venezuela was new, thrilling and gorgeous. If you ever desire to effortlessly live in the present moment, go travel somewhere!! Seriously. It invigorates senses you might have not even known exist in you!
Everywhere I went people seemed to be inherently giving and loving...and it began to show me another side to the human existence. When I would come across people who had close to nothing, it seemed as though it was their second nature to give me what little they had. This, I might add, is a very humbling experience...because turning down their gift of love would only offend them. 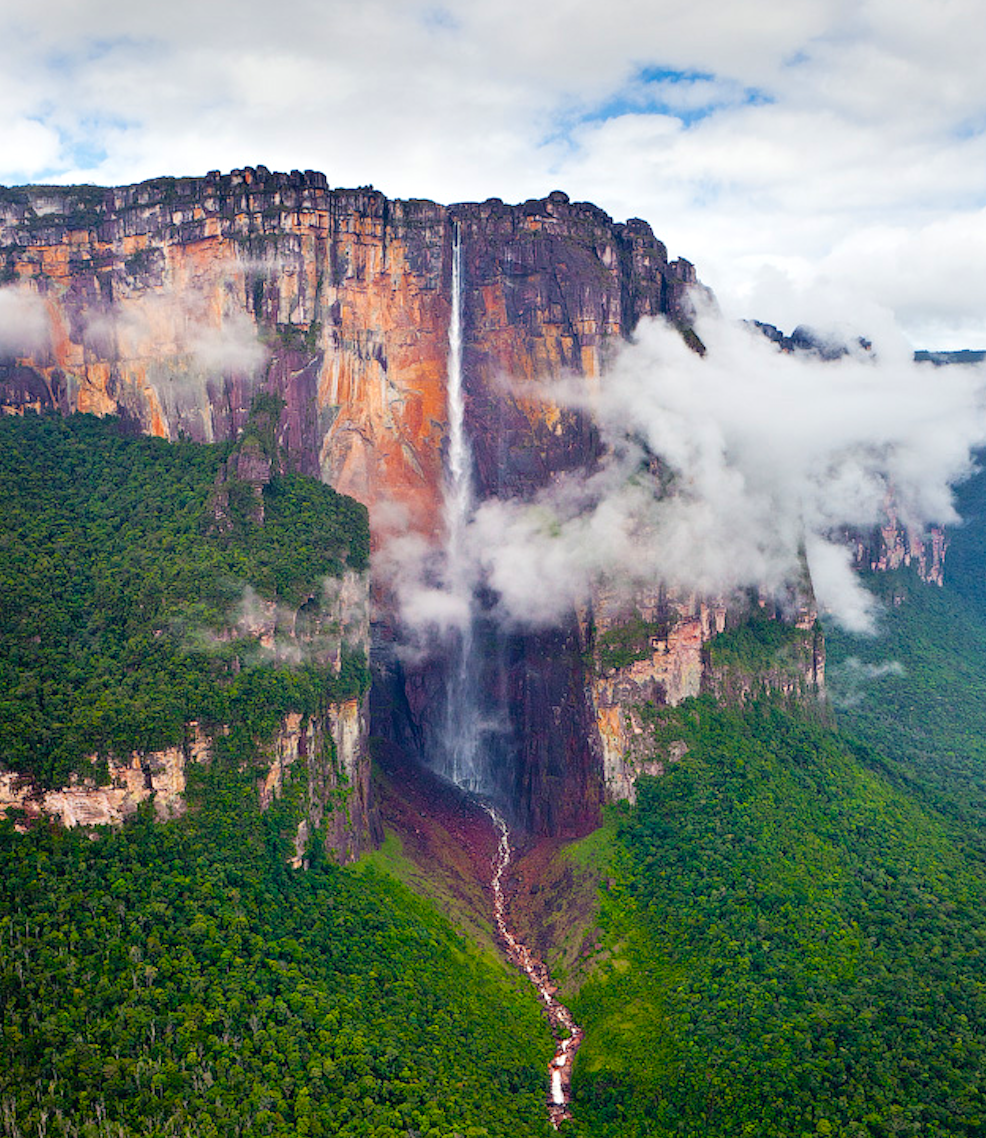 I enrolled in a spanish class and began teaching English at an elementary school to make a little money. I travelled all over the country experiencing everything from the sand dunes of Coro, the beautiful mountains of Merida, Angel Falls in the jungles of Canaima, to exquisite beaches with warm, picture perfect Caribbean water; all the while making lifelong friendships that I maintain to this day. Life was definitely looking up...and I was capitalizing on every minute of it.

After a year of being single, I found myself a new latin boyfriend. I had taken a year off from the dating world--and time did me a lot of good. Dubious at first, I soon found myself in a relationship where I could simply be me. For the first time I experienced that it was possible to be loved and respected. This allowed me the freedom to love with a reckless abandon...become open and vulnerable...all the while discovering new and valuable things about myself.

We dated for a year and a half--I moved back to the U.S. and it became apparent that neither of us wanted to permanently move to the other persons home country. He thought it best to end our relationship and I found myself again with a broken heart.

Quite often an externally difficult situation will bestow the human spirit the opportunity to grow spiritually beyond oneself. You can triumph out of those experiences, turning life into an inner victory and personal success, or you can ignore the challenge and simply vegetate. I had vegetated intermittently throughout my life and this one wasn't to be the last of them. My heart hurt so bad I thought I might die. However, you don't die when you have a broken heart... You continue living, breathing and eating...in a state of numbness. The world just seems to keep on turning and you become a silent backdrop to life. Through the process of healing, this numbness can be a mandatory visitor as you make your way back into the land of the living. But I would recommend not to let this particular visitor stay for too long. It does not do one good to wallow in a state of misery and self pity. However that being said, I don't believe that you should deny yourself the reality of the situation either. Simply remember that you ALWAYS have a choice. A choice to live. A choice to forgive. A choice to let go. A choice to be grateful for the plethora of miracles that constantly emit light and love.
If nothing more, keep in mind what the great German philosopher Nietzsche said, (also made popular by the talented Kelly Clarkson): "Was mich nicht umbringt, macht mich stärker." What doesn't kill you makes you stronger. 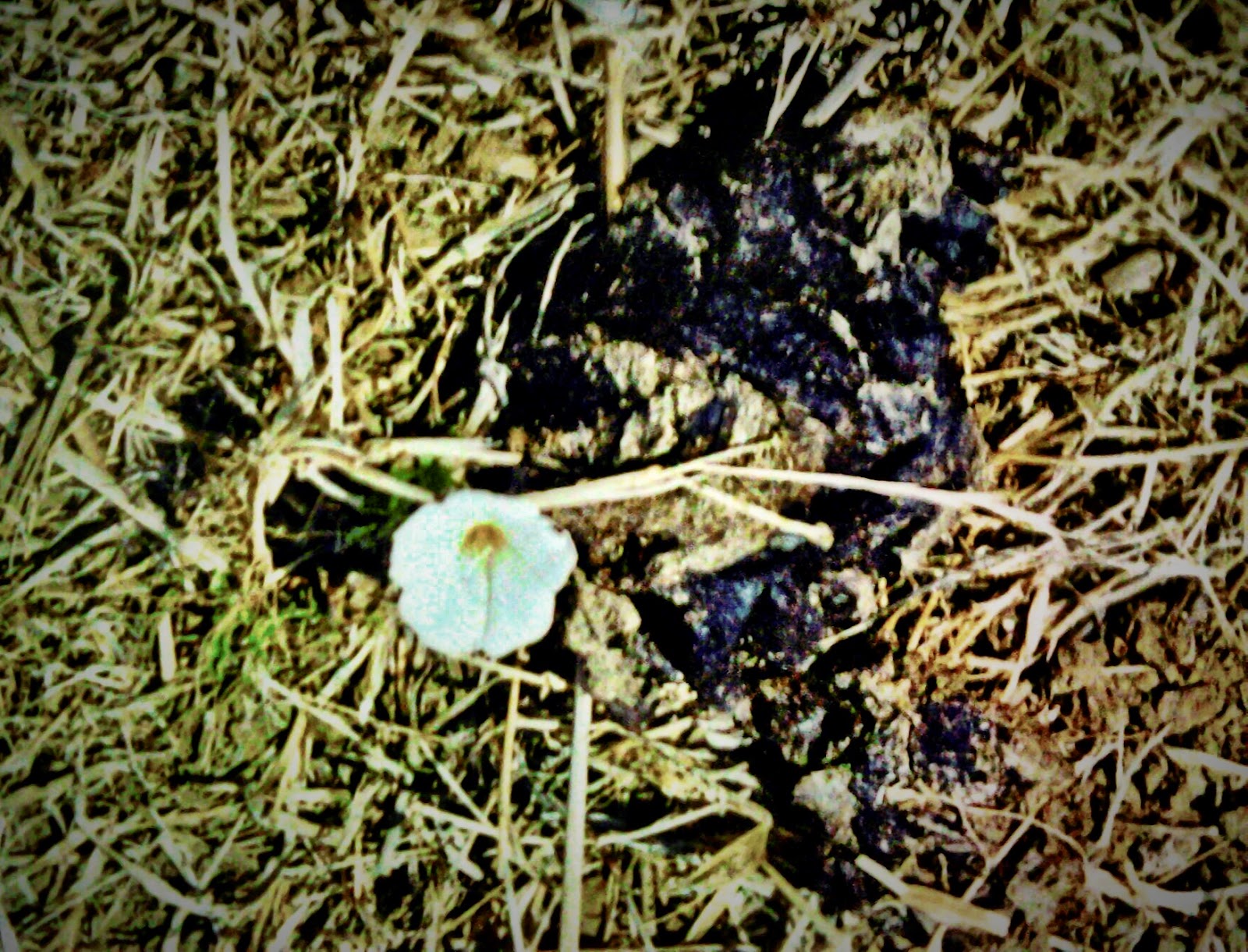 My cousin sent this picture to me yesterday and I thought it was perfectly symbolic for the subject of this post. Yes, it is a picture of poop with a morning glory rising out of it....the incredible reminder that out of the muck and mire rises glory and beauty.

I was nineteen. The world was filled with pits of despair, cliffs of insanity, peaceful meadows, blissful mountain views and an ever blossoming perspective. What's more is as I gained perspective, I began to see that all of my stumbling was simply part of the intricate dance of life...