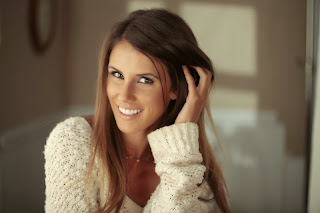 I have been asked many times why I am so happy all the time. Most people follow up that thought with "she must of had a pretty easy and wonderful life." Self confidence, I'm told, "oozes" out of me. Well folks, I'm here to tell you that I traveled down the long road to self confidence. My life has been a story of challenges, many mistakes and learning the "hard way." I've been poor--not knowing where my next meal would come from, a millionaire, crazy, sane, depressed, passionate, married, divorced, suicidal and inspired by life. In a very real sense, I have lived nine lives. Life for me has been anything but "easy" --that is until I discovered how to create a life that is truly wonderful. How did I solve this conundrum you ask? As I'm sure you know, perspective is everything, so before I tell you how I discovered self love, acceptance and forgiveness, I will tell you a more personal story by rewinding briefly back to my childhood, where I initially discovered tears, self doubt, and fear.

As a six year old, I didn't know any better when I gave my friend a ticket to the school play. I had three tickets and she didn't have any, so it only made sense to give her one. When I got home from school that day, my mother asked in a stern voice, where the other ticket was. For some reason my response was "It must of gotten lost" to then "Maybe Nicki stole it." My mother's tone was a clear indicator that I was in trouble for giving the ticket away, and I thought that just maybe I wouldn't be in as much trouble if I said that she had taken it. So I stuck with my story. The truth came out as it always does, and worse than giving away the ticket, I had told a lie. 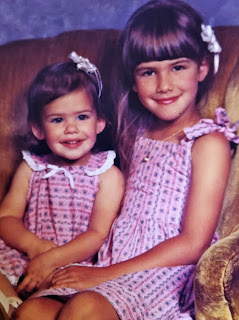 Now, dishonesty is something to be addressed, especially at a young age, as it has a plethora of negative consequences. I might have done very well as a six year old had this been explained to me with words. However, that was not how I learned about honesty. As soon as my dad found out that I had told a lie, he decided to beat the truth into me. My mom stood there frozen as she watched it all unfold. At the end of this event and to make his final point, he put his hands around my neck and squeezed as he shook me yelling, "You will never tell a lie again, do you understand me?"

Oh, I understood alright. I understood that I must be a terrible person to deserve such punishment, I must not be worthy of love, and I definitely understood that I was scared to death of my dad. From that point forward I was always careful around him. The sad truth was that although I had learned about the consequences of telling a falsity, I had begun to believe a bigger lie-- a lie about myself: that I needed to earn love by being perfect and that my life was not as valuable as the people around me.
The insecurity of not being good enough, would fester through my teens and into early adulthood. Of course, pleasing everybody is impossible, and trying to do so, put me on a collision course with pain and disappointment.

But before I could learn to defeat this insecurity and turn "wounds into wisdom", there were more wounds yet to be had....